You are currently browsing the monthly archive for March 2020. 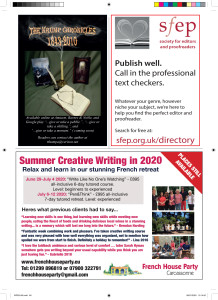 END_OF_DOCUMENT_TOKEN_TO_BE_REPLACED

Billed as a comedy, actually a farce, and with a title like that – what could possibly go wrong? And considering drama is expected to be based on conflict, it opens with Simon expostulating with his spouse, Marie (over sausage rolls…), bickering with bossy Sarah, his mother-in-law, and

lambasting his unscrupulous landlord, Alexander. No guesses here why the leading man is heading for being described as late. He’s lost his job and his money and they are reduced to living in a hovel, lovingly, if you’ll excuse the word, evoked (likewise) by a scruffy bedroom, background full of piled up cardboard boxes, flanked by rickety door and window, with a staircase leading up to the dodgy toilet.

The stage is set, the wheels are in motion – as are the cogs in Alexander’s brain as he grasps at the means of making a quick buck. Although he has no wish for his reputation to be blighted by a death on his premises, what if he, and others, apart from Marie and Sarah of course, could benefit from Simon’s demise? And there’s the smoking gun…

In fast succession, and even faster costume changes, the unfortunate man receives a series of callers, each of them hinting, or even insisting, that when putting an end to himself, it should be the start of something glorious: he must kill himself for a cause, whether political, financial or religious. Not forgetting, and how on earth could we in this day and age, a reality show and social media. And my word, do the supporting characters come into their own in a myriad of roles, rewriting and breathing life into virtually every stereotype, from  Phillip Laing, gamely glad in a onesie as ‘Man in toilet’ to Sophie Robinson, equally stunning as cynical Father MacAnally and airhead influencer Melody; can’t wait to see her again tackling another role, especially as this type of character is featured more and more often on TV shows, and invariably a daffy blonde when it takes considerable brains to be IT savvy, and the rest. That includes Emma Lau, smart as mediaperson,Florence Moon, then dread-locked Seren, so politically correct and environmental and gender etc aware, it’s a wonder she dare move or speak at all. And just about crowning them all, Camille Mallet de Chauny, as splendid as his name, sweet as the kind-hearted Freddy la Bouff, Alexander’s definitely better half, sour as steely entrepreneur, Jimmy Wood, who adopts a variety of persona in a determined effort to persuade Simon to get on with it.

Thus the main protagonists have a job on their hands to avoid being eclipsed but manage just fine. Corrupt, conniving Alexander (Tim Frances) makes a plausible villain of the piece while Tom Davey manages to retain our sympathy as the hapless, hopeless hero, constantly dithering, and partnered by his lovely, long suffering wife, Natasha Bain. As for Sarah, played here by Nicola Blackman, another jewel, right up there in the Comedy department, winning over the audience every time with acerbic comments and wisecracks.

Comedy, expertly done, and here as much physical theatre and props as dialogue and running jokes, brings serious issues to the fore to be considered in a whole new light. A packed audience enjoyed an excellent evening’s entertainment, with some special effects which I’ll leave for a nice surprise. It makes you curious to discover more about the source material, a play written by the Russian, Nikolai Erdman, always a good thing, and also means you can’t wait to watch the next plays coming to this theatre near you – and certainly well worth travelling some distance to see too.

What is it with some of these Nordic leading ladies? I hesitate to call them heroines, and besides, the lady here is doing a lot of leading… on. But this is a fascinating adaptation, what you could call an inspired move, from 19th century Sweden and Midsummer Eve to Chinese New Year in 1940s

END_OF_DOCUMENT_TOKEN_TO_BE_REPLACED 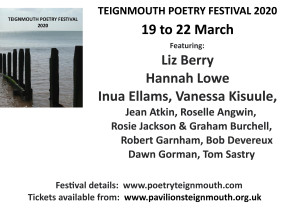 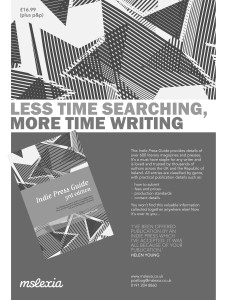 Indie Press Guide, 3rd edition –
everything you ever needed to know, or could ever possibly want to know (and I should know...)
about competitions; magazines; publishers.
By Françoise Harvey & Debbie Tayor; published by Mslexia, £16.99


For the past 10 years, work has been accepted from
self-published authors and independent presses
https://www.ruberybookaward.com/checklist.html