You are currently browsing the monthly archive for April 2018.

Reviewed for North West End; a version of which is on their website: www.northwestend.co.uk 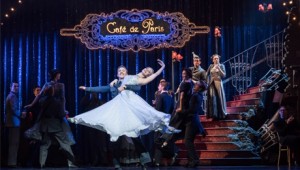 A little bit disco, a little bit rock n’ roll – as Catherine Jones, Liverpool Echo’s Arts Editor pointed out to me: ‘Not really ballet at all. It’s Matthew Bourne. It’s a show.’

END_OF_DOCUMENT_TOKEN_TO_BE_REPLACED

On tour until July

A version of this review is on the Northern Soul website:

You could say it looks like Sting’s ship has come in with this production… yes, far too many maritime metaphors spring to mind, rather as words and language do for Adrian Sanderson (Charlie Richmond), the intellectual docker. And there’s a fine line between archetype and stereotype, so we also