You are currently browsing the monthly archive for March 2018.

On tour until May 26

Oh dear, turns out this does what it says on the can. As it happens, a long time ago, my son, a huge Dickens fan, suggested the book would serve as an excellent introduction to the Great Man although not at all sure I did read it. But what do I know about Dickens? Precious little probably, and to generalise: cariactures rather than characters; bizarre nomenclature; inclination to sentimentality; sorrowful demises.

Northern Broadsides, perhaps not surprisingly, have chosen to frame this adaptation using circus scenes, and thank goodness for that, because their trademark use of music at least helped to liven things up. The remaining scenes take place largely in the Gradgrind and the Bounderby households – and there’s an apposite choice of name; not giving too much of the game away to note a link to ‘bounder’. Going one step further, they are abundant, what with flaky Tom Gradgrind, the chancer, Mr Harthouse and creepy Bitzer, the odious Mrs Sparsit being the female version.

Scenery and props are pretty minimal, likewise, special effects, but the costumes, from the prosperous to the poverty stricken, are well done, and particularly attractive for the showgirls.What is distinctly unattractive is the exploitation of the remarkable Louise Gradgrind (lovely performance from Vanessa Schfield), oppressed by father, then by husband. The audience actually hisses Bounderby’s initial approaches when she is, as Mrs S describes her ‘a chit’. And, finally, having always gone well out of her way to help him, disgracefully ungrateful brother, convincingly played by Perry Moore. Other undesirables include Howard Chadwick as the bombastic Bounderby, and Andrew Prince, who does however pull off a conflicted Gradgrind exceedingly well, and probably in contrast to the blustering chap Rutter may well have been in a seemingly tailor made role – ah no, wait a minute; spoilt for choice, perhaps he’d have gone for Bounderby in the end? Back to Mr Prince, who manages to gain our sympathy when realizing the error of his ways, as well as in virtually adopting Sissy, a spirited performance from Suzanne Ahmet; in effect, we get two heroines for the price of one.

The first half didn’t half seem to go on a bit, to the extent that the subplot was somewhat hard to follow and thus not particularly gripping, with Steven Blackpool, although admirably played by Anthony Hunt, and Rachael (Victoria Brazier), in a doomed relationship. But a strking transformation into Mrs Sparsit, whom it was cheering to see get her comeuppance; an obsequious sneak, yet convinced she was so superior to all those around her. Meanwhile, Darren Kuppan dishes out a double blinder; two different kinds of repulsion as the despicable on the make Mr Harthouse and weirdo Bitzer.

Although everything picked up a touch later on, just enough to earn 3*, tha’ts mainly on the strength of Northern Broadsides: good company, shame about the play, basically. But fair enough, they must be nearly as popular as Dickens himself, and even if I found this a bit of a tedious evening, vibrant enough to go down well with the audience. 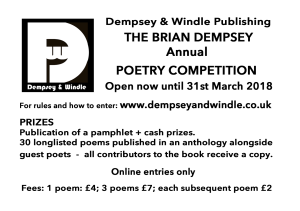 END_OF_DOCUMENT_TOKEN_TO_BE_REPLACED

On tour until November

A production based on a National Treaure could alas, end up bland, perhaps boring. After all, nobody ever had a bad word to say about the

END_OF_DOCUMENT_TOKEN_TO_BE_REPLACED

Well, this is great fun – as long as you check the small print on your life assurance: up and down rickety stairs; in and out of a dilapidated pub’s crumbling rooms. Then hugging the walls during the fight, chase and dancing scenes.

END_OF_DOCUMENT_TOKEN_TO_BE_REPLACED

The Little Matchgirl and Other Happier Tales

On tour until April 21

The Little Matchgirl and Other Happier Tales

Not too bold a claim, saying that many Knee High productions are pure magic. And not too great a step to their coming up with something based on