You are currently browsing the monthly archive for November 2019.

Celebrating snowdrops and the world of The Snowdrop King

END_OF_DOCUMENT_TOKEN_TO_BE_REPLACED

It was a dark and stormy night… back in 1816, the Year Without Summer, when Byron challenged his companions to write something to rival a German ghost story. Fruitful indeed, considering Dr Polidori’s tale of The Vampyre seems to have influenced Stoker’s Dracula. And curious that neither Byron himself nor Shelley were able to conjure anything up, while it turned out to be Mary Shelley’s claim to fame

Yes, here we are again, and yet another Gothic production, but this time, there’s a distinctly modern sensibility as Ms Shelley herself is narrating, commentating, and smashing up the Fourth Wall. Eillidh Loan whirls around the stage, hefty book clutched under her arm like a Journal, doing a splendid job, part emo teenager, part junior version of Fleabag, if rather flippant at times. One suspects that Mary Shelley, undoubtedly precocious, was altogether more serious and sophisticated.

But what an impressive set, visually stunning, which, mostly in monochrome, imbues a dream-like atmosphere. A window-lined gallery also serves at the opening as the prow of Walton’s ship in the Arctic wastes. Throughout the play, access to this level is gained by stylized, wizened trees, although being white does bedeck a cheerful hint of Christmas. The stark whiteness, nonetheless, is becomingly set off by black costumes, mostly World of Leather. However, the Monster is clad in flesh coloured long johns which emphasises his vulnerability – Michael Moreland is quite remarkable, combining stilted jerky motion with, almost literally, heart on sleeve emotions. For all his atrocious deeds, he still engages our sympathies. Likewise, Mary’s; fascinated and fearful, facing up to what it is which she in fact created.

Now I must confess never, somehow, having got round to reading the actual book although I have seen a couple of adaptations, and the film of the RSC production, but of course, all versions are different so some aspects seem new, or least, have you racking your brain. Or turning to Google… But one particularly interesting interpretation is that Mary Shelley and the brilliant young scientist Victor Frankenstein are drawn almost as two sides of the same coin, so driven and so passionate, almost as if they have collaborated in writing this epic tale. Ben Castle Gibb, obsessed, frenetic, has also met his match in the monster, both so good at portraying Father and Son, Creator and Creation, Hunter and Hunted, both doomed never to find peace.

On the other hand, Sarah Macgillivray was perhaps a little too much over the top to endow Justine with sufficient pathos while Thierry Mabonga, called upon to provide some variety as the Captain, younger brother William and old friend Henry, as the last, seemed mostly focused on the importance of being earnest. There again, Dr Frankenstein would not have been the easiest of people to deal with. Hence Natalie McCleary’s delicate turn as exasperated fiancée, Elizabeth. And Greg Powrie as the sombre, down-to-earth father, appropriately, helped to hold the whole thing together.

The purpose of this production, as announced by its heroine is to be the ultimate in horror stories, although in trying a bit too hard and a bit too loud to emphasise that, it tends to undermine questioning the morality of the experiments made by men of science. But Frankenstein is indeed an astonishing story. The eponymous doctor brought the dead to life but it was a clever young woman who animated something revolutionary, and that has proved to be the enduring stuff of legend. 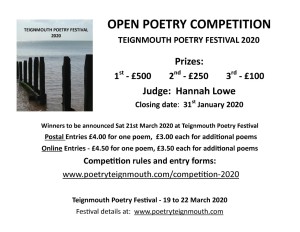