You are currently browsing the monthly archive for December 2016.

Are you ready to enter
what might just be the world’s best travel-riting competition for unpublished writers?
Bradt Travel Guides have long been committed to the promotion of travel-writing talent
and this year they are teaming up with the Edward Stanford Writing Awards http://www.edwardstanfordawards.com/) to search for the ‘New Travel Writer of the Year’.
Open only to unpublished writers, this is a very special competition. The prize includes: END_OF_DOCUMENT_TOKEN_TO_BE_REPLACED

The Unity pantomime is always that little bit different, homely, and, to be honest, homilies – but at least no water (or innuendo) is used

END_OF_DOCUMENT_TOKEN_TO_BE_REPLACED 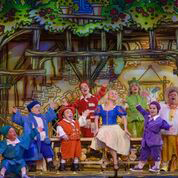 Seen one panto, seen them all – it can sometimes feel like that, particularly when you’re on to your umpteenth Cinderella or

END_OF_DOCUMENT_TOKEN_TO_BE_REPLACED

The Star: An entertainment by Michael Wynne

You pays your money and you takes your seat, and what do you get? A mixture as rich as the best quality Christmas cake. This is an absolutely

END_OF_DOCUMENT_TOKEN_TO_BE_REPLACED 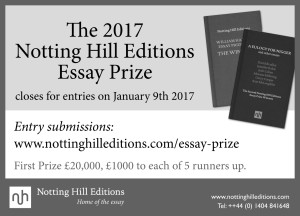 END_OF_DOCUMENT_TOKEN_TO_BE_REPLACED

The Everyman Rock ‘N’ Roll Panto has long mastered the tricky art of balancing ‘if it ain’t broke, don’t fix it’ and coming up with something new, which always takes colossal liberties. The great thing about this is that both cast and audience relish the old favourites along with the latest innovations, the in jokes, the running gags and ad libs, including the ones which when you do take the time to think about it, make no sense at all… They all come thick and fast, exceedingly witty plus the full quota of groaning puns.

As for the cast, some cracking cameos from Danny Burns as the Chat Show Host with the most extraordinary line of patter, all clichés and catchphrases. Mirror Antoinette, a name which in itself sums up the level of humour, is a dead ringer for Ruth Jones, and Emmy Stonelake also shines as Cobweb and Taboo.

Our heroine, the delightful, dear little Rose White, is played by Stephanie Hockley with trademark helpings of the ditsy and the feisty, although perhaps she should not be grinning quite so gleefully in the fight sequence. But again, all topped off by that powerful singing voice,She is up against the Everyman speciality, the captivating enchantress, although as villainess Narcissus McSissus, Lucy Thatcher went in rather more for massive tantrums than sinister deeds. Nonetheless, she, along with everybody else, simply kept everybody spellbound.

Newcomer Raj Paul as King Tyrell, the tall, dark and handsome…Beast (well, beneath the Phantom of the Opera mask – there’s a lot of cheating going on here as it were but all part of the fun) is a find, acting, singing and dancing flawlessly. By contrast, a welcome return for Tom Connor, an almost terrifying lookalike Paul McCartney, as quirky Sir Cyril of the Wirral, while Lauren Silver is in glittering form as Poppy, Queen of the Fairies. Speaking of which, though I don’t suppose we should in this day and age – ah well: a double helping, you lucky people: the toothsome twosome of camp, Adam Keast and Francis Tucker playing twins, no less. As always, they had the audience enthralled, up to their old tricks whilst making the most of new inventions, and fortuitous ad libs.

Such is the wonderful atmosphere, the simplest comment is greeted with great hilarity: ‘Awkward’, is Prince Cyril’s response to every kind of situation, trivial or disastrous. And if you want an excellent evening out, the simplest thing is to come along and join in the fun. Christmas starts here – oh yes it does.

The Unity pantomime is always that little bit different, homely, and, to be honest, homilies – but at least no water (or innuendo) is used in the making of this production just the usual supply of jokes and puns of course. So the big, bad wolf is not really wicked, just hungry, and angry because the woodcutter, Little Red’s mum, is cutting down the trees. And our heroine learns you should always try not to stray from the straight and narrow, although it is forgiveable because everybody ends up doing it.

The set is as inventive as ever if rather basic (as are the costumes). The trees come from Dunsinane Wood while shovels are at the ready to mark out the path then to help create Grandma’s house. And there are lots of delightful and crafty touches; when Red gets lost in the wood, she encounters lots of other nursery rhyme characters. And the audience participation bit, it has to be said (oh yes it does) is a howling success. Naturally, the children lapped up the more gory bits, but also appreciated the entertaining scene where Wolfie and his two sidekicks play games with Little Red. All of which is enhanced by song and dance and a cunning use of sound.

Luca Rutherford is lively and endearing as Little Red, part of the trio of remarkable women, along with her cunning, grumpy Grandma (Simone Lewis) and stern mother (Natalia Campbell). Then comes a role reversal for the last two as the dozy, dumb and dumber wolves under the command of Wolfie,Harvey Robinson. He by turn is suave and menacing but manages to be sympathetic as well; quite a feat.

An Action Transport production in association with LIPA, it’s as charming and enchanting as ever, for children of all ages. What’s the time, Mr Wolf? Time you took your family for a heartwarming night out.